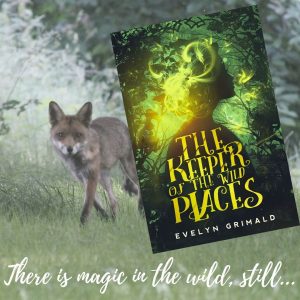 After…I have no idea how long because I lost track, thanks to a move, several appliance issues and my cats just being weird, I can finally announce that The Keeper of the Wild Places is complete! I am going to do one more proofread, because those pesky mistakes seem to persist, and then prepare it for publication. At this point, I will be publishing Keeper at the end of September! Hurrah!

Keeper is the first book in my Forgotten Magic series, a group of fantasy romances that can be read as standalones, but also work as a series, if you’re so inclined. This one deals with wild magic and the last Keeper of the Wild as she tries to find her place in the world, assisted and protected by a man she thought had abandoned her when they were childhood friends. These books take place in an historically inspired world that is similar to, but not quite like Great Britain in the nineteenth century.

The second book, title yet to be determined, will follow a selkie as she tries to hide on land from a family that wants her dead, and accidentally runs into the one man in the country who is actively researching magic. This will take place by the northern oceans, with clifftop musings, the wind off the sea, and a garden tended by magic.

I will begin planning book two within the next couple of weeks, just as soon as I figure out the title. I have three or four in mind, but can’t quite decide between them. And I cannot start writing or planning without a title; it’s just how my brain works.

In any case, I’m thrilled to be able to share Keeper with you soon! (Undignified squeal of joy to follow.)