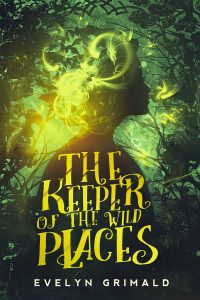 If you have watched any sort of television, then you’re probably familiar with the concept of “extras”. Specifically, I’m talking about the characters that interact with our protagonists and possibly do something extremely important, like handing over that critical piece of evidence, pulling a gun on the villain, or even fainting dramatically. But if they say anything at all, it’s only one line. Usually, they don’t speak at all. They’re critical to the plot, more than just the background extras that fill in a scene, but because the show is on a budget, they don’t speak (you have to pay people more if they speak). I don’t have a proper name for these characters, so I tend to think of them as Plot People.

Books, I find, have similar people. They usually speak, since you don’t have to pay them, but they are really only essential to the plot as opposed to being fully formed, rounded characters. Useful, but plot central. I will use them on occasion if I need to move the plot along and haven’t found a different way to do it, but I like to try and have my characters be well-rounded individuals, so that I could pluck any one of them up and write a story about them, if I so chose. (I don’t usually choose, but it’s more a style choice than anything.)

So, when I came to the point in The Keeper of the Wild Places where I needed a plot point to happen in order to push Briony and Aidan into trying to resolve Aidan’s magical malady, as well as push Briony into a better understanding of herself, I was a little stumped. I eventually came up with a character who they will only meet once (maybe twice, later in the story) but it turns out she’s rather important. So important, in fact, that I’m reluctant to have her relegated to such a small role. If I give her too much significance, then she requires more book time, and that changes the shape of the story a little more than I anticipated. If i don’t give her enough significance, then she doesn’t have quite the impact on the characters that she needs to have.

All of this has been percolating in my brain for about a week or so, which means that forward progress on Keeper has slowed to almost a standstill. Not entirely, since I have ideas moving about my head, but almost. That is to say, the draft won’t be done quite as quickly as I had hoped. I think it will all work out, though, because this story is becoming very deep and I am still absolutely in love with the characters. It’s expanding, growing, becoming something I did not anticipate and I am thrilled to be able to explore this world. The fact that there will be a few more books in this series (number undetermined) makes me do the happy dance.

That’s my update for the week! I hope you are all having a great day and reading (or writing) books that inspire you. Keep dreaming!